John Ferak : BLOODY LIES: A CSI SCANDAL IN THE HEARTLAND 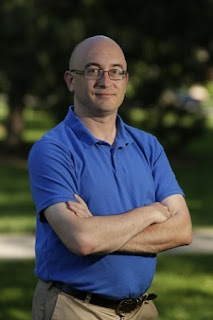 His first book, BLOODY LIES: A CSI SCANDAL IN THE HEARTLAND, has been chosen as one of seven finalists for the 2014 true-crime book of the year at Foreword Reviews. His second book, about the Iowa murder of Scott Shanahan, has been an #Amazon bestseller since its release on #Kindle Jan. 15, 2015. It came out in paperback in April.

These days, Ferak is an award-winning investigative team member for Gannett Wisconsin Media, based at The Post-Crescent in Appleton, Wis. He also has worked as a reporter or editor at the South Bend Tribune in Indiana, The Daily Herald based in Arlington Heights Ill., and the Green Bay Press-Gazette.

Although Ferak takes his writing and journalism seriously, he enjoys spending his free time with his wife, Andrea, and their three children. Ferak roots for the Green Bay Packers and the Nebraska Cornhuskers. He is a devoted follower of Major League Baseball and the Chicago White Sox. He is also known to enjoy a can or two of his favorite canned beer, Pabst Blue Ribbon, “The people’s beer,” as he likes to call it.

Posted by EmailRevealer.com at 4:06 PM