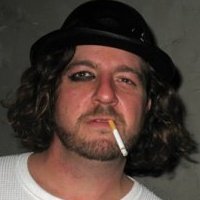 Sean Duff is a musician, songwriter, and part-time conspiracy theorist.  He has been the drummer for Toronto-based Alt-Rock band 'STRAWMAN' for close to ten years now.

STRAWMAN's latest recording, 'BONES', will be released September 1st, and they will be playing the Hideout Bar in downtown Toronto Friday, September 4th.  For more details visit www.strawmanmusic.com.

A not so average Joe, Sean is the holder of a Bachelor of Science degree in Economics and a valid driver's license.

Current webmaster of the Opperman Report, some of Sean's likes are spending time with friends, long weekends and sleeping in.  His dislikes include warm beer, cold coffee and getting older.

Sean has recently recorded his first hip hop song, 'MC BEN JAMMIN' as wannabe rapper 'MC PROCRASTINATE' and it will be published by Worth the Wait Records shortly.
Posted by EmailRevealer.com at 1:18 PM