1.99
George Christie Jr. was born in 1947 in Ventura, California to a family of Greek immigrants and grew up an only child. From an early age, he was fascinated by motorcycles and outlaw culture, and by the time he started school his intelligence and rebellious attitude set him apart from his peers. As a teenager, he became an avid surfer.When one of his surfing buddies showed up at the beach one day on a Harley-Davidson, George knew what he had to do. In 1966, despite the objections of his father, he bought his first bike–a 1957 Panhead–for $200. He was soon hanging around with Ventura outlaw bike club The Question Marks and famous motorcycle customizers Von Dutch and Dick Woods.


As George puts it, “some people run away and join the circus. I ran away and joined the Hells Angels.” He became a full-patch Hells Angel in the Los Angeles charter in 1976 and, six months later, became its president, before founding the Ventura charter in 1978. As Ventura leader, George became one of the most powerful voices in the national Hells Angels organization, and spent three decades battling the law, rival gangs and members of his own club, while building the club’s business operations.


He famously carried the Olympic torch in the 1984 Los Angeles Games and spent a year in solitary confinement in prison on numerous charges in 2001. In 2011, Christie resigned his presidency of the Ventura charter and left the club. He was immediately excommunicated by his former brothers. George spent another 18 months in prison from 2013-2014 for conspiring to firebomb two Ventura tattoo shops.


George currently serves as a consultant on organized crime for CNN. He lives with his wife and son in Southern California and has three adult children.

He has no regrets. 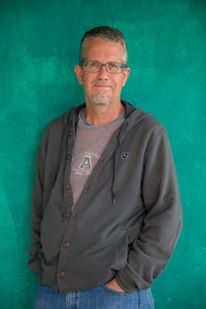 Dave Miller is the Co-founder and Executive Director of Adventures in Life Ministry, a receiving mission organization hosting short term mission teams in Mexico since 1992. Prior to that, Dave served for three years as a youth pastor in Santa Monica at Trinity Baptist Church. It was there that he went on his first short-term mission.
Since founding AIL Ministry more than 20 years ago, he has worked with hundreds of churches and thousands of participants from the US, Canada and Mexico in short-term mission throughout Mexico
With an extensive blend of experience gleaned from years of service through-out the country, including the states of Baja California, Jalisco, Nayarit, Sinaloa and Oaxaca, Fluent in Spanish and at home in the culture of Mexico, Dave is uniquely qualified to address both the successes and failures of short-term mission in general and especially his adopted country of Mexico..
In addition to serving with Adventures in Life, Dave is the mission strategist at Grace Church Las Vegas and the author of the blog Dave Miller's Mexico, Journey's into the Heart of My Mexico. He has had numerous articles on short-term mission published and has been a frequent speaker on short-term mission at churches and conferences around the country. 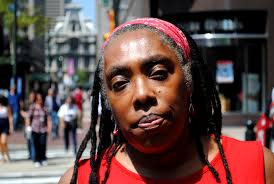 
MOVE or the MOVE Organization is a Philadelphia-based black liberation group founded by John Africa. MOVE was described by CNN as "a loose-knit, mostly black group whose members all adopted the surname Africa, advocated a peaceful but revolutionary 'back-to-nature' lifestyle.
The group lived peacefully communally and frequently engaged in public demonstrations related to issues of social and economic justice.
Since their founding in 1972, MOVE has been targeted by the Philadelphia Police Department. A major incident occurred in 1978, when the police unlawfully raided their Powelton Village home. This raid resulted in the imprisonment of nine group members, now known as the "MOVE 9." After this, the group relocated further west to a house at 6221 Osage Avenue.

In 1985 the group made national news when police dropped a bomb on the Osage house from a helicopter. The explosion and ensuing fire killed 11 innocent people, including five children and the group's leader, John Africa. Only two occupants survived—Ramona, an adult and Birdie, a child. In addition, approximately 60 other (non MOVE-affiliated) homes were destroyed as the entire block burned.
Police and firefighters standing by watching innocent people burn to death and an entire neighborhood destroyed.

“This MASTERPIECE about an astounding and forgotten moment in recent American history SHOULD BE SEEN FAR AND WIDE.” – Filmmaker Magazine
“Has THE FORCE AND INTRIGUE of a courtroom thriller…Ripples with URGENCY and MORAL COMPLEXITY.”

In the astonishingly gripping Let the Fire Burn, director Jason Osder has crafted that rarest of cinematic objects: a found-footage film that unfurls with the tension of a great thriller. On May 13, 1985, by order of local Philadelphia authorities, police dropped military-grade explosives onto a MOVE-occupied rowhouse. TV cameras captured the conflagration that quickly escalated–and resulted in the tragic deaths of eleven people (including five children) and the destruction of 61 homes. It was only later discovered that authorities decided to “…let the fire burn.” Using only archival news coverage and interviews, first-time filmmaker Osder has brought to life one of the most tumultuous and largely forgotten clashes between government and citizens in modern American history. See trailer and read more at http://letthefireburn.com.
Playing now in many states, check out show dates near you!

All living beings, things that move, are equally important, whether they are human beings, dogs, birds, fish, trees, ants, weeds, rivers, wind or rain. To stay healthy and strong, life must have clean air, clear water and pure food. If deprived of these things, life will cycle to the next level, or as the system says, ‘die’. - John Africa 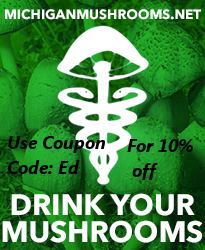 >
Posted by EmailRevealer.com at 1:37 PM