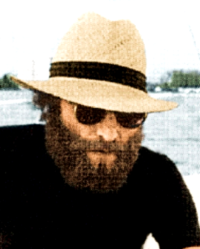 Dr. Winston O’Boogie® brings to life the untold true story behind a young fan’s quest to meet John Lennon,
leader of the most famous Rock and Roll band in the world, The Beatles. But instead was unknowingly
introduced to a disguised John Lennon posing as Winston or Dr. Winston O’Boogie® a 1970’s radical complete
with his new band of counter culture rebels called the Yippies. All during a failed Beatles reunion concert
originally planned to be held during the 1979 May Day Smoke-In at Washington Square Park.
Discover how the Author quickly hits it off with Winston as he’s brought into John Lennon’s inner circle and
meets his famous friends and ex-partners. All the while as he’s slowly becoming like a son and a personal
muse to Lennon. Then for the next eighteen months, the young Author unknowingly witnessed first hand the
final events leading towards Lennon’s tragic planned assassination. Plus the book also divulges how the
young Author was also threatened with his own murder if he didn’t keep quiet about what he knew and
witnessed... until now.

About The Author
The Author Danny Carlson was honored when he was made the Last 5th Beatle and also won John Lennon’s
greatest fan contest. The Adventures of Dr. Winston O’Boogie® and His Amazing Friends will finally prove to
the world what really happened to this talented musical genius... John Lennon.

Posted by EmailRevealer.com at 7:09 PM