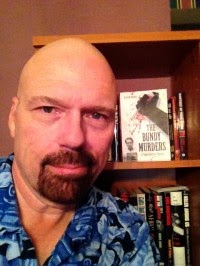 From the author:
Writing the story of Richard Chase was both fascinating and appalling. Fascinating, because once the horrific murders began, it was literally a race against time for the police as they worked tirelessly to stop the slaughter, and appalling, due to the fiendish nature of the crimes being committed by this strange, and for a time, very elusive killer. Visiting the sites of these murders, and following closely the trail of Richard Chase in the spring of 2012 while conducting research for the book, gave me at least a “feel” for what it must have been like during that hellish period in Sacramento’s history.


"Despite the multitude of books about Bundy, The Bundy Murders offers fresh material and ideas about Bundy's predatory movements. Well researched and highly recommended, for Bundy scholars and true crime fans alike."--Katherine Ramsland, author of The Human Predator and The Devil's Dozen

Theodore Bundy was one of the more infamous, and flamboyant, American serial killers on record, and his story is a complex mix of psychopathology, criminal investigation, and the U.S. legal system. This in-depth examination of Bundy's life and his killing spree that totaled dozens of victims is drawn from legal transcripts, correspondence and interviews with detectives and prosecutors. Using these sources, new information on several murders is unveiled. The biography follows Bundy from his broken family background to his execution in the electric chair.

Posted by EmailRevealer.com at 9:28 AM