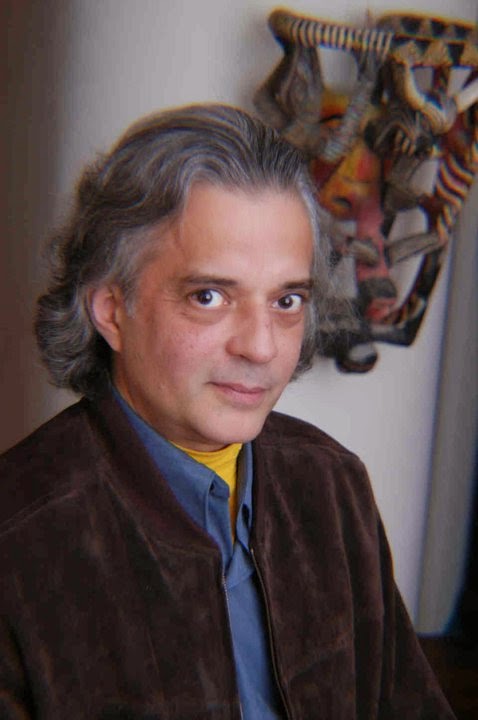 Arnaldo (Arnie) Pagliarini Lerma (born November 18, 1950) is an American writer and activist, a former Scientologist, and critic of Scientology, who has appeared in television, media and radio interviews. Lerma was the first person to post the court document known as the Fishman Affidavit using his real identity, including the Xenu story, to the internet via the Usenet newsgroup alt.religion.scientology.

Lerma started in Scientology at the age of 16 at the urging of his mother, an executive director for the Washington, DC church. He was impressed by L. Ron Hubbard's exaggerated account of his military career and scientific credentials. Lerma joined Scientology's Sea Org and was assigned in 1976 to a post working alongside Hubbard's daughter Suzette. He claims they became romantically involved and planned to elope. Lerma alleges that other Sea Org officers discovered their plans and threatened to mutilate him if he did not cancel the marriage. Lerma quit Scientology soon afterward.
After Lerma posted the Fishman Affidavit in August 1995, his home was raided by federal marshals and lawyers from the Church of Scientology, alleging he was in possession of copyrighted documents.A lawsuit was filed against Lerma and his Internet service provider by the church's Religious Technology Center, (RTC), claiming copyright infringement and trade secret misappropriation.
The Washington Post and two investigative reporters were added to the lawsuit, as an article written about the raid contained three brief quotes from Scientology "Advanced Technology" documents.[5] The Washington Post, et al. were released from the suit when USDJ Leonie Brinkema ruled in a memorandum on November 28, 1995:
"When the RTC first approached the Court with its ex parte request for the seizure warrant and temporary restraining order, the dispute was presented as a straightforward one under copyright and trade secret law. However, the Court is now convinced that the primary motivation of RTC in suing Lerma, DGS and The Post is to stifle criticism of Scientology in general and to harass its critics. As the increasingly vitriolic rhetoric of its briefs and oral argument now demonstrates, the RTC appears far more concerned about criticism of Scientology than vindication of its secrets."

(Memorandum Opinion of November 28, 1995, by U.S. District Judge Leonie Brinkema; Religious Technology Center v. Arnaldo Lerma, Washington Post, Mark Fisher, and Richard Leiby)
The Memorandum Opinion acknowledges what Scientology practices to this day: the "Fair Game" policy, a written directive by L. Ron Hubbard that encourages harassment of anyone who speaks out against the church. In conclusion, the court awarded RTC the statutory minimum of $2,500 for five instances of non-willful copyright violation.
Arnie Lerma started a website "Lermanet" which concentrates on news about Scientology and on documenting lawsuits by Scientology.
Arnie Lerma is also noted for discovering an altered picture on a Scientology website on New Year's Eve in 1999, one that appeared to inflate the number of members attending a millennial event at the Los Angeles Sports Arena in California. He posted the pictures to his website identifying the alterations, with the most prominent feature being the "man with no head." The story appeared on national television and in the press.

Posted by EmailRevealer.com at 9:52 AM