TH Metzger : Undercover Mormon: A Spy in the House of the Gods 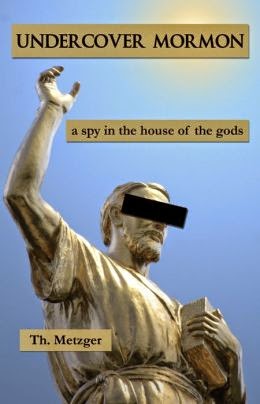 When a not-exactly-normal guy cooks up a fake name, buys some white shirts, shaves clean, and enters the Mormon church, what does he find?

When most people hear the word “Mormon,” they think of Utah. But the real sacred sites aren’t in the desert. It all started in the boondocks of western New York State, which was, once upon a very strange time, the hottest hotbed of wild religion in the world.

Th. Metzger has lived his whole life in Rochester, just down the road from the cradle of Mormonism. He’d seen the crazy hyper-happy pageants and heard all about the polygamy, getting your own personal planet when you die, and of course the magic underwear. Going undercover as a man on a spiritual quest, he discovers that the answers he’s been seeking for decades aren’t at all what he expects. Undercover Mormon chronicles his hilarious, revealing and bizarre search for the truth.


Posted by EmailRevealer.com at 6:38 PM