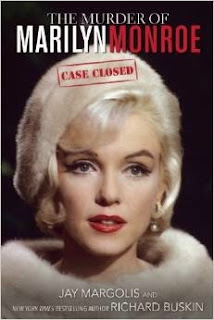 Marilyn Monroe died under suspicious circumstances on the night of August 4, 1962. In The Murder of Marilyn Monroe: Case Closed, renowned MM expert Jay Margolis and New York Times best-selling author Richard Buskin finally lay to rest more than 50 years of wild speculation and misguided assertions by actually naming the screen goddess's killer. At the same time, they use the testimony of eyewitnesses to describe exactly what took place inside her house on Fifth Helena Drive in Los Angeles's Brentwood neighborhood. Implicating Bobby Kennedy in the commission of Monroe's murder, this is the first book to name the LAPD officers who accompanied the attorney general to her home, provide details about how the Kennedys used bribes to silence one of the ambulance drivers, and specify how the subsequent cover-up was aided by a noted pathologist's outrageous lies. This blockbuster volume blows the lid off the world's most notorious and talked-about celebrity death, and in the process also exposes the third gunman in the pantry who delivered the fatal bullet to the back of RFK's head - and the third gunman's female accomplice who, until now, has only been known to the LAPD and the FBI as "the girl in the polka-dot dress."

Posted by EmailRevealer.com at 12:11 PM