Steve Hodel was born and raised in Los Angeles, California. He served four years as a medic in the U.S. Navy, and then joined the Los Angeles Police Department in 1963. After six years in uniform patrol, he transferred to Hollywood Division Detectives where he worked all of the “tables”: Burglary, Robbery, Auto-Theft, Juvenile, Crimes against Persons and was then permanently assigned to the Homicide Detail.

During his career at Hollywood Homicide, Steve promoted to Detective II and in 1983 was the senior field homicide detective. During his years of service he received more than 75 commendations and handled over 300 separate murder investigations and had one of the departments highest “solve rates. “ Steve promoted to Detective III (the highest attainable rank in detectives) and retired from LAPD in 1986.

HODEL INVESTIGATIONS was established in 1986. Steve has been a licensed California Private Investigator, conducting mainly criminal defense investigations, for the past 23-years. He worked over six-years as lead investigator on a high-profile international murder case which resulted in an innocent man (Yoshikuni Okubo) being released from prison in Tokyo, Japan and reunited with his family, after five years of detention.

Steve’s first book, Steve Hodel: A Genius for Murder published in 2003 with new updated investigative chapters added to the HarperCollins paperback edition in 2004 and 2006. Black Dahlia Avenger is a New York Times Bestseller, a NYT Most Notable Book and was nominated by the Mystery Writers of America for an Edgar Award in the Best Fact Crime category.

Steve’s sequel, MOST EVIL: The Further Serial Murders of Dr. George Hill Hodel, is scheduled to be published by DUTTON – PENGUIN GROUP on September 21, 2009.
Steve resides in his hometown of Los Angeles.

Posted by EmailRevealer.com at 9:00 AM No comments:

Center for an Informed America

Posted by EmailRevealer.com at 3:18 PM No comments: 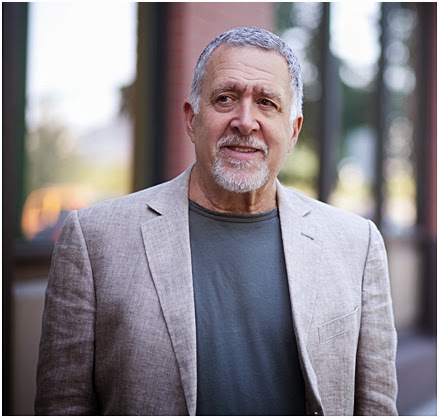 Phil Stanford is a true crime writer with a special interest in political corruption. His latest book, White House Call Girl, will be published this summer (2013) by Feral House Press.

White House Call Girl is the real story behind the infamous 1972 Watergate break-in that led to the downfall of the President Richard Nixon, and features an ex-stripper and call girl madam by the name of Heidi Rikan. Many of the book’s most important revelations are, in fact, based on Stanford’s recent discovery of Heidi’s little black book.

Stanford’s other books include Portland Confidential, which won the Independent Publisher’s “Best True Crime” award for 2005. The Peyton-Allan Files (2010) solves a 1960 lover’s lane murder for which two men were wrongfully convicted. City of Roses, a graphic novel with artist Patric Reynolds, is currently being serialized by Dark Horse Comics.

As a journalist, Stanford is best known for his continuing work on the 1989 murder/cover-up of Oregon Corrections director Michael Francke. His 1994 Oregonian series on the “Happy Face Killer” case resulted in two innocent people being released from prison.

Posted by EmailRevealer.com at 10:10 AM No comments:

Daniel Hopsicker is an investigative journalist dubious about the self-serving assertion of U.S. officials that there are no American Drug Lords. He is an author, filmmaker blogger and truly my hero. He has fearless reported on the biggest events of our lifetime. CIA drug smuggling, JFK assassination, 911 and much much more....

investigative reporting into drug trafficking, 9/11, and state-sponsored crime...
Posted by EmailRevealer.com at 9:49 AM No comments:

Posted by EmailRevealer.com at 5:46 AM No comments: