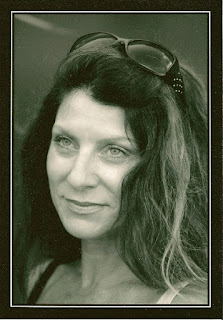 For more than fifteen years, Dawn has been a survivor leader in the anti-trafficking, domestic violence and sexual assault movements as a speaker, trainer, and author. She has worked as an associate producer and consultant on the movie “Wonderland” where she was portrayed by actress Kate Bosworth and John Holmes was played by actor Val Kilmer. Dawn taught women’s studies and activism at Oregon State University and has developed national presentations titled “Our Throwaway Teens – Who Are They and How Can We Help?” and “The Faces of Trafficking—Combating Sexual Exploitation of Youth in America,” that seeks to raise awareness of the vulnerabilities of a teen who grows up in an abusive and neglected environment. She educates audiences on what a teen might be experiencing internally when targeted and groomed by a predator, how to identify a young victim in trouble, pedophile/pimp seduction techniques, the use of drugs to manipulate and trap a victim, and the multiple ways she was trafficked. She gives an inside view of what it’s like to be a vulnerable, or “throwaway” teen and how we, as a community, can help.

Dawn is also, the proud parent of a beautiful daughter. She earned her undergraduate degree summa cum laude in 2012 at Eastern Oregon University with honors in communication and gender studies. She served on the committee to revise the University’s Sexual Harassment Policy and received the Women of Vision and Courage award from the President’s Commission on the Status of Women (PCSW).  After gaining a full tuition teaching fellowship from Oregon State University she will defend her Master of Arts in Women’s Studies in the Spring 2016. She has served as a board member for Shelter From the Storm, has founded the non-profit E.S.T.E.A.M., (Empowering Successful Teens through Education, Awareness & Mentoring), dedicated to assisting teens that are struggling to find a safe and successful path to adulthood and developed the “Mirrors of Me” girl’s art, writing and mentoring camp for at-risk and marginalized youth.

Nationally, Dawn is a consultant with the U.S. Department of Justice Office for Victims of Crime Training and Technical Assistance Center (TTAC.) She sits on the Education Committee and is an advisory board member for the National Center of Victims of Crime out of Washington, D.C., The Americans Overseas Domestic Violence Crisis Center and Voices Set Free. She is a member of the National Survivor Network (NSN) and Survivor 2 Survivor (S2S) for trafficking victims. She has represented Val Kilmer in New York for the Volvo For Life Awards in both 2006 and 2008. Most importantly, Dawn spent over six years completing her memoir, The Road Through Wonderland, detailing her journey of survival (August 2010, Medallion Press.) Nominated for the R.O.S.E.
(Regaining Ones Self Esteem) award in 2007, 2008, and 2009, and the Sunshine Peace Award 2010. Dawn is an active member in her recovery program and celebrates 18 years clean and sober in 2016.

Dawn shares her compelling story of abuse, trafficking and survival in her presentations and trainings to inspire and motivate communities across the United States. For information on Dawn, her book, or to have Dawn speak at your event, please contact her at Dawn@EmpowerTeens.com.


AVAILABLE NOW! Autographed books: "The Road Through Wonderland" by Dawn Schiller. 10% of your purchase will be directly donated to help organize our third "Mirrors of Me" Girls Art, Writing and Mentoring Camp.

Posted by EmailRevealer.com at 12:10 PM No comments: