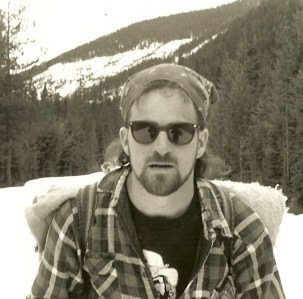 Dean Henderson was raised on a cattle ranch near Faulkton, SD.  He earned a BLS from the University of South Dakota and an MS in Environmental Studies from the University of Montana.  He founded/published/edited one of America’s first political “zines” – The Missoula Paper - in 1990 in Missoula, MT – where he was also a regular columnist for the Montana Kaimin. His Left Hook columns have appeared on Infowars, Globalresearch.ca, David Icke and many other websites.  His print articles have appeared in Multinational Monitor, In These Times,Paranoia and several other journals.   He is a featured columnist for Veterans Today & Rense.com, and appears regularly on Press TV, RT and other international stations.
A self-described revolutionary and traveler to 50 countries, in 2004 he won the Democratic nomination for Congress in Missouri’s 8th District, where he and his wife operate a self-sufficient homestead.   He has authored five books.

Posted by EmailRevealer.com at 1:02 PM No comments: 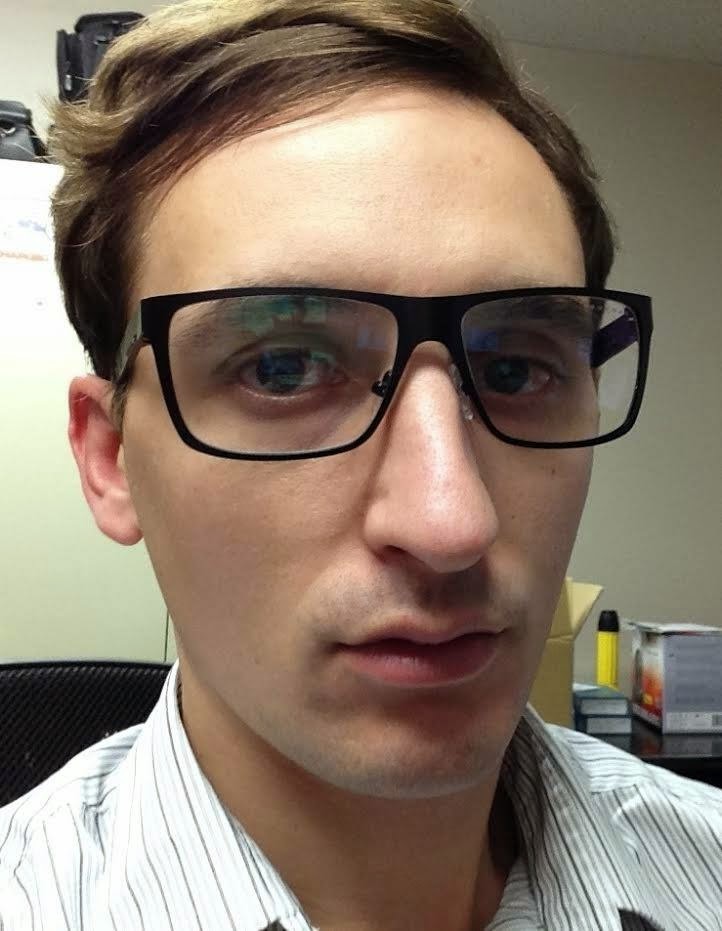 
Posted by EmailRevealer.com at 3:05 PM No comments: 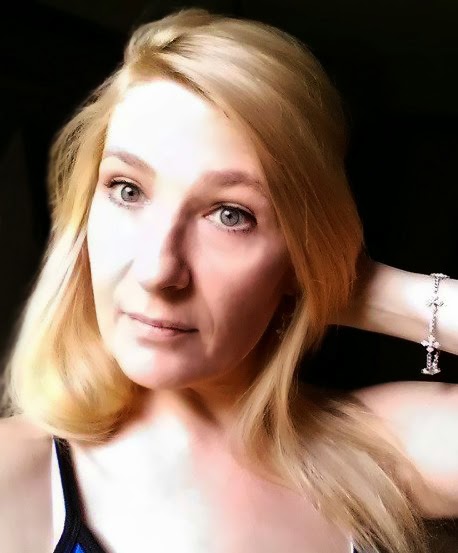 Kelly Banaski is a true crime writer, blogger and inmate liaison. She works to better the rate of recidivism by mentoring lifers and death row inmates. Her work has left her with strange friendships with some of the country’s most reviled inmates.

She wrote a chapter in this anthology:

selling as #3 bestseller in Amazon Kindle.

She is currently writing a book about a school friend, Greg Scott Hale, who killed and ate a woman last year in June.

Posted by EmailRevealer.com at 9:18 AM No comments: 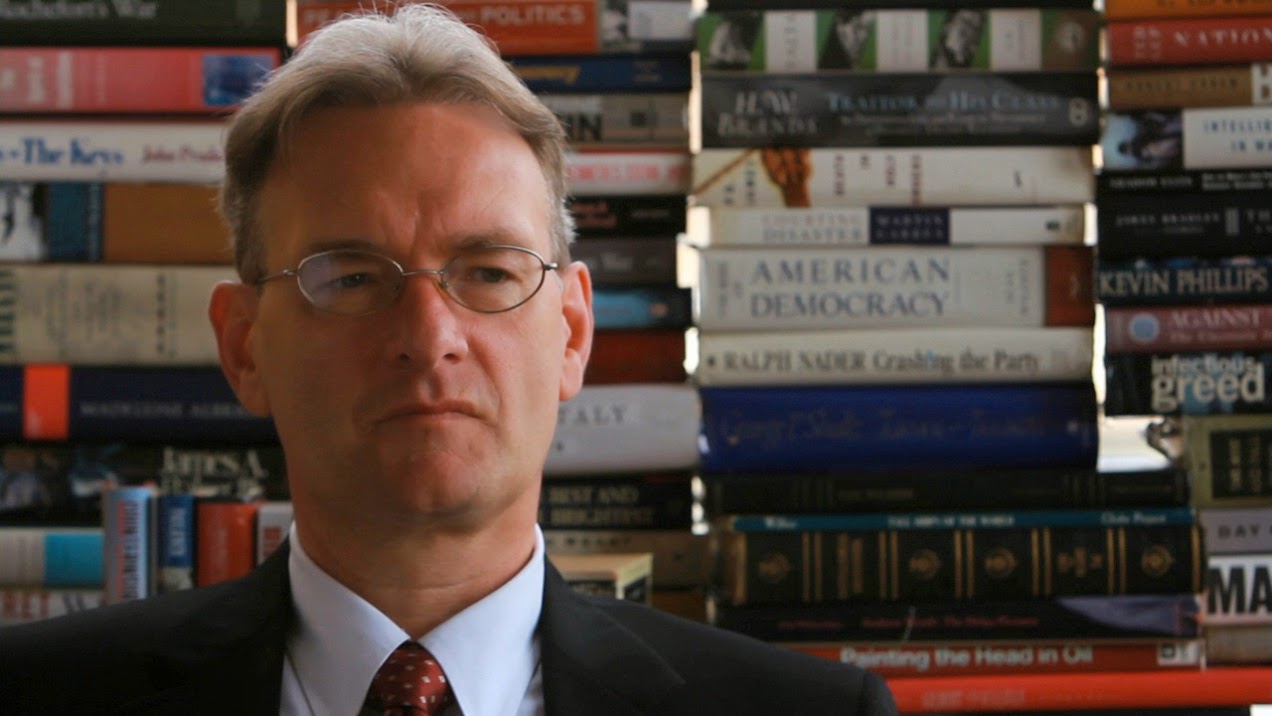 Confessions of a D.C. Madam
The Politics of Sex, Lies, and Blackmail
Confessions of a DC Madam (Trine Day, March 2015) is an autographical account of Henry W.
Vinson’s odyssey from the humble origins of Williamson, West Virginia to running the largest gay
escort service in Washington, DC by the time he was 26 years old.
This haunting exposé is the first book to tell the tale of sexually blackmailed politicians and
government officials in the U.S. by an individual who actually witnessed these sinister maneuverings
first-hand. Confessions of a DC Madam proves that there is a clandestine checks-and-balances system
in effect within our government—blackmail.
Vinson intricately documents his interactions with various closeted and non-closeted VIPs who
solicited the escorts he employed. Moreover, this new book details Vinson’s numerous exchanges with
a CIA asset whose specialty was sexually compromising the powerbrokers of Washington, DC, and the
trials and tribulations Vinson suffered because he was privy to information that could have produced a
seismic political scandal.
Confessions of a DC Madam details the federal government’s illicit, malicious, and relentless attack
on Vinson to ensure his silence, which included incarceration rooted in trumped-up charges and
Vinson’s story shows the reader the illegal activities the government executes to silence those who are
privy to the fact that American politicians and power brokers are compromised by their sexual
improprieties. This fascinating and shocking facet of government corruption reveals the integral role
blackmail plays in American politics and the unbelievable lengths the government perpetrates to
silence those in the know.
Henry W. Vinson is the former funeral director for W. W. Chambers Funeral Home, who also owned
and operated the largest gay escort service in Washington, DC. He lives in Cincinnati, Ohio.
PUBLICATION DATE: MARCH 2015, ISBN 978-1-937584-29-0
HISTORY/CURRENT EVENTS
201 PAGES, 6 X 95, FORMAT: TRADE PAPER
$24.95 (US $24.95) (CA $27.95)
RIGHTS: WOR - TRINE DAY
Nick Bryant
Nick Bryant is an investigative journalist whose work largely focuses on the
plight of disadvantaged children in the United States. His mainstream and
investigative journalism has been featured in Gear, Playboy, the Reader, and on
He is the coauthor of America's Children: Triumph of Tragedy, addressing
the medical and developmental problems of lower socioeconomic children in
America. Bryant is the author of The Franklin Scandal: A Story of Powerbrokers,
Child Abuse and Betrayal.
Bryant has also been published in numerous national journals, including the
Journal of Professional Ethics, Journal of Applied Developmental Psychology,
Journal of Social Distress and Homelessness, Journal of Health Care for the Poor
and Underserved, and Journal of School Health.
He lives in New York City.

Posted by EmailRevealer.com at 6:54 AM No comments: 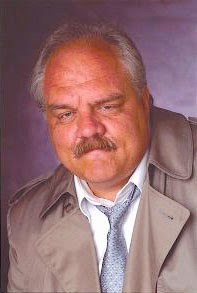 Posted by EmailRevealer.com at 1:24 PM 3 comments: 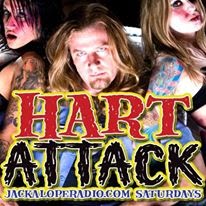 Hart Attack 81 welcomes world infamous private detective & radio show host Ed Opperman to discuss his work in the Todd Palin case involving his activities with a local prostitute, the true extent of billionaire pedophile pimp Jeffrey Epstein's child molestation activities and the depth that the government has confirmed it & covered it up with host Hart D. Fisher in one helluva of an episode. More hard core facts from hell with music by Lalo Schifrin and Nashville Pussy.
Folks, we need your help retweeting the links & descriptions out there. So Repost! Spread the truth THE MAN is trying to suppress!
https://soundcloud.com/hartattack/episode-081

Posted by EmailRevealer.com at 11:29 AM No comments:

Diana Garren : Who Is The Man Behind The Screen?How to Protect Your Heart and Money 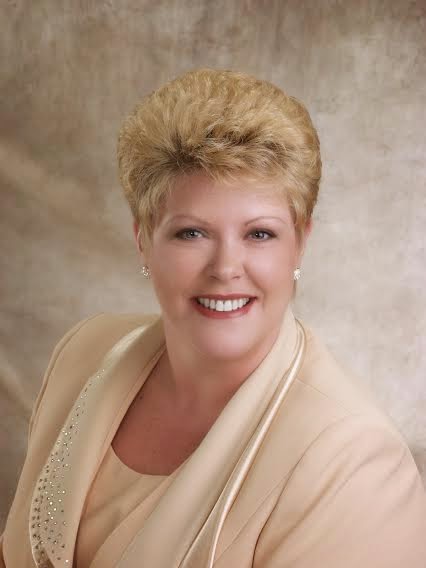 D L “Diana” Garren is the Founder & CEO of True Perceptions, Inc®, a business consulting & perception management firm based in the United States. For more than a decade she has consulted in the areas of business development, sales, marketing, branding, & perception management for investigative agencies, many who are fraud investigators, retired Law Enforcement, FBI, CIA and Secret Service, security companies, process serving companies, and attorneys.
Through her work with private investigators, Garren learned investigative skills and techniques which she leveraged to gather facts for both of her books, Who Is The Man Behind The Screen? and Is It A Real Soldier Behind The Screen?
D L Garren gives presentations throughout the United States. She is widely regarded as a thought leader concerning the power of perception in every aspect of life. She is known for her sincerity, enthusiasm, and her no-nonsense approach. She speaks truth because she knows it is truth that makes a change.
D L Garren is available for speaking events and can be reached at diana@dlgarren.com and 678-641-3328.
Who Is The Man Behind The Screen?How to Protect Your Heart and Money is available is sofcover and kindle at www.Amazon.com and the Nook at www.BN.com
If you have been a victim or think you are being scammed, D L Garren would love to hear from you. Please email her at www.silentvictimnomore.com or call her at 678-641-3328. You can also become part of the “Support Group for Romance Scam Victims” on Facebook that helps victims heal and gain their lives back at https://www.facebook.com/groups/1540355089557643/


Posted by EmailRevealer.com at 12:03 PM No comments:


Posted by EmailRevealer.com at 6:42 PM No comments: 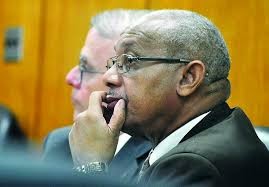 Rev Edward Pinkney is a US  political prisoner. a life long activist he was convicted of 5 charges that basically involved some dates on a petition.
For this he has received 2 to 10 years in prison. 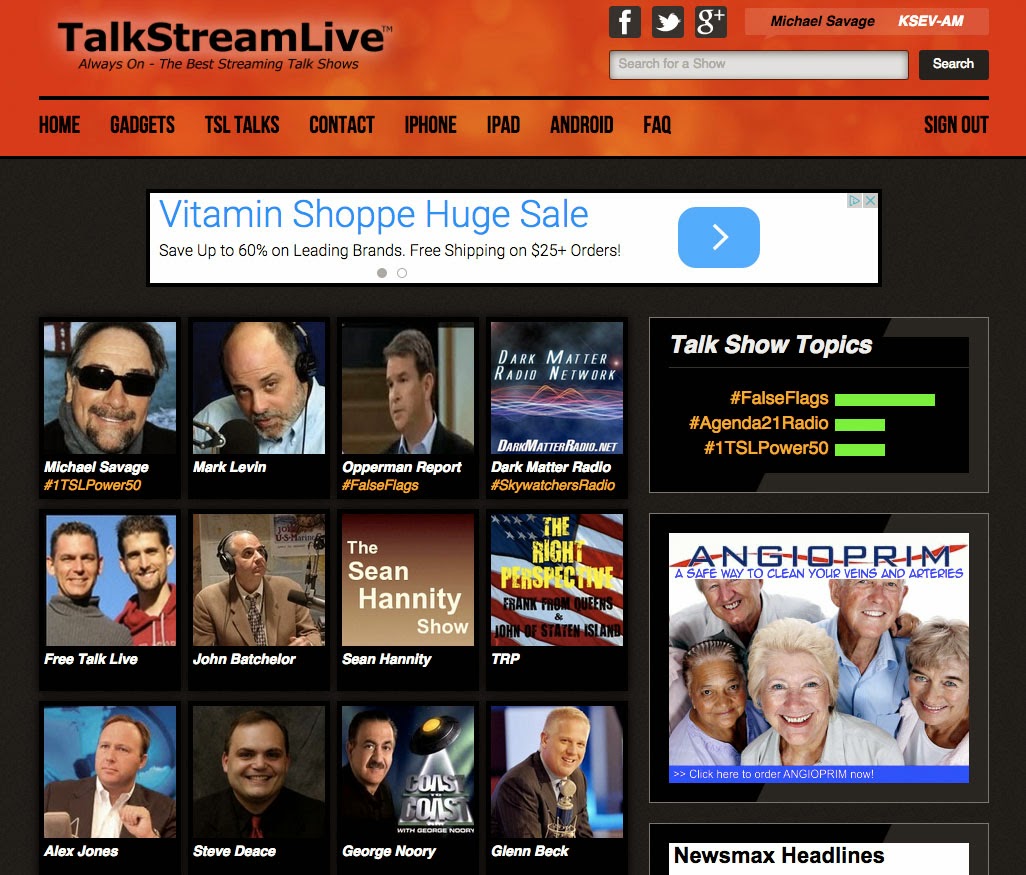 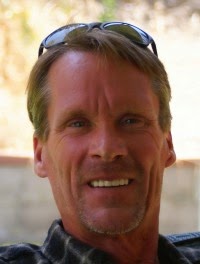 David McGowan was born and raised in Torrance, California, just twenty miles south of Laurel Canyon. He graduated from UCLA with a degree in psychology and has, since 1990, run a small business in the greater Los Angeles area. Currently single, he is the proud father of three daughters. He is also a lifelong music fan who still frequently keeps his radio tuned to classic rock stations. McGowan's books include Weird Scenes Inside the Canyon: Laurel Canyon, Covert Ops & The Dark Heart of the Hippie Dream, Programmed to Kill: The Politics of Serial Murder, and Understanding the F-Word: American Fascism and the Politics of Illusion. Still at home in LA, he can be reached at davemcgowan@roadrunner.com

Tonight Dave joins us to discuss evidence of a Moon Landing Hoax!

Posted by EmailRevealer.com at 9:12 AM No comments: 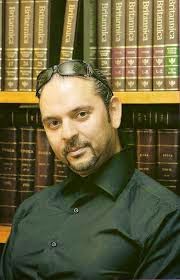 
Daniel Estulin is a dangerous man to the status quo. Possessed, obsessed, tenacious and
courageous, an award-winning investigative journalist, he is a man who has been in the crosshairs
of the global power brokers for almost two decades. He is our preeminent historian of the
global elite, a scholar of remarkable breadth and erudition and one of the world’s most outspoken
public intellectuals. Estulin doesn’t mince words and he doesn’t hold back when naming names,
and when identifying the cauldrons of chaos they have created. Over the past 20 years, he has
exposed these and other “Shadow Masters” among the secret global power elite as the coolly
vicious orchestrators of wars, terrorism, drug trafficking and grand-scale theft.

Served by minions with recognizable names, the Shadow Masters further their agendas using
public monies and government resources around the world as if they personally owned them.
Meanwhile, banks launder hundreds of billions of narco-dollars yearly. In his international best
seller, The True Story of the Bilderberg Group, Mr Estulin was the first man to publicly expose
this shadowy cabal of some of the world’s most powerful behind the scenes manipulators. Again
and again, Daniel Estulin bravely journeys to the epicenter of hell to uncover some of the most
mind boggling crimes by the men who run the world from behind the scenes.

Mr. Estulin is inarguably one of the world’s most daring and experienced reporter on the global
power elite. At a great person cost and unimaginable personal risk, Mr. Estulin has demonstrated
a clear understanding of the differences between those who would seek to do evil, and their
victims...and has gone to incredible lengths to bring to the task their crimes. He meticulously
documents his reporting and has developed sources other journalists don’t even know exist.
Asked why he practices such a difficult and controversial brand of journalism, Estulin replies,
“Because universal corruption and abuse of power and privileges at the deepest levels of society
must be exposed and because I refuse to turn my back on inhumanity and violence.”

Estulin doesn’t just inspire us, he informs us with his intelligence, authenticity, generosity and
compassion. Daniel Estulin provides the information, tools, and motivation necessary to inspire
and catalyze strategic citizen action. In doing so, his work strengthens movements, ensures a
more just system, and brings us closer to the promise of democracy.

His Nobel nomination is a tribute and recognition for all the work in fighting, exposing and
risking his life for the common good of the human race.


Posted by EmailRevealer.com at 9:03 AM No comments: