Don't believe the Hollywood hype you're gonna soon be hearing about The Zebra Killings. Ride along with Russ and you'll get the unvarnished truth about the jihad that occurred in the 70's in Baghdad by the Bay. Yeah this crime tour is not very PC, but then again, racially motivated murder never is.

Slide into the limo for a fascinating look into SF's history of radical politics. Relive those heady days of the '70's when revolution was in the air and cults of personality were as common as Starbucks. Russ gives you a tour of the places touched by Patty Hearst and her wacky comrades in the gang known as the Symbionese Liberation Army.

Please welcome our two newest sponsors. You can have your business or website promoted to millions of listeners and readers each month:

A team of Professionals conducting investigations into possible paranormal activity. Investigations are done in complete confidence and copies of reports are given at the end of each investigation. If you think you have a paranormal occurrence, contact us for an appointment by email at hjkrol59@gmail.com *****ALL INVESTIGATIONS ARE ***ALWAYS*** FREE OF CHARGE***********This is a free service for the purpose of documenting paranormal activity... Join us on facebook!


Pacific West Bamboo, number 1 source for Timber construction and craft grade Bamboo Poles, plants and products. Specialize in eco friendly reclaimed wood products for the home and garden.Located in Portland Oregon, servicing the North West for over 10 years. New web site to launch on Monday, can be reached at

503-839-8126, facebook page PacificWestBamboo or our email @ demrootz@operamail.com. Can and do ship nation wide

You can also support the Opperman Report with a Paypal Donation OppermanReport@Gmail.com or buy buying Ed's book or utilizing Ed's services WWW.EmailRevealer.com

Posted by EmailRevealer.com at 7:57 AM No comments:

Email ThisBlogThis!Share to TwitterShare to FacebookShare to Pinterest
Labels: Ed Opperman, emailrevealer, How To Become a PI, investigations, opperman report

David McGowan : Weird Scenes Inside the Canyon , Programmed to Kill


Center for an Informed America

Posted by EmailRevealer.com at 12:29 PM No comments:

Frank Cullotta
Frank Cullotta was born in Chicago in 1938. As a youth he embarked on a decades-long criminal career, hanging around with some of the toughest kids on the Windy City’s streets. Frank and several of his associates went on to become accomplished thieves, arsonists, and killers. One of those was Frank’s friend, Tony “the Ant” Spilotro, who gained notoriety as a ruthless Chicago Outfit enforcer. Tony was the mob’s top man in Las Vegas during the 1970s and through the mid-1980s. Frank was his main man for much of that time. Together, they and their gang ruled the Vegas underworld.
In 1982, the two men had a falling out that resulted in Frank rolling and becoming a government witness. His testimony was instrumental in putting a number of mobsters behind bars and causing the Outfit to lose its control over Las Vegas. Although the mob issued a contract on his life, Frank survived his time in prison and the Witness Protection Program. He is now a free man. His tell-all biography, Cullotta, is due to be released in May 2007.

Dennis N. Griffin
This latest book tells the inside story of Chicago Outfit enforcer Tony Spilotro’s reign in Vegas, and the war law enforcement waged to remove him. The Hollywood version of that era was reflected in the 1995 movie Casino, in which actor Joe Pesci played a character based on Spilotro.
Mr. Griffin is an active member of the Henderson Writers Group, Wizards Of Words, and the Public Safety Writers Association.

Posted by EmailRevealer.com at 1:46 PM No comments:

The debate will begin 2 PM PST and  continue until 4 PM PST. Audience questions will be permitted.

The debate will be hosted and moderated by PI Ed Opperman , Host of The Oppermn Report. The Opperan Report airs on Friday Nights 5 PM PST on www.freedomslips.com and on Monday nights 6 PM PST on AwakeRadio.us.


Posted by EmailRevealer.com at 12:00 PM No comments: 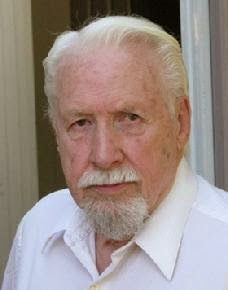 ABOUT DAVID CONN… David Conn is a recognized expert on cult mentatlities and coauthored the book, THE CULT THAT DIED, published by G. P. Putnams’s Sons, New York, 1980. David has interviewed many of the people he has chosen to fictionalize in his new novel, LEDNORF'S DILEMMA, including professors, theologians, politicians, and numerous technical people within private industry and the Department of Defense. David Conn joined the Defense Department as a liaison among West Coast Navy and Air Force bases, the Defense Department and several industrial transportation companies. Prior to that Conn was a lead analyst with Chevron’s environmental laboratory. When he’s not uncovering some new cult, David enjoys singing and acting and has had lead roles in several musicals, including having played the part of Captain Von Trapp in Contra Costa Civic Theater’s “Sound of Music.” DAVID CONN

Posted by EmailRevealer.com at 10:23 AM No comments: