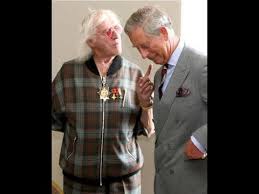 Posted by EmailRevealer.com at 5:37 PM No comments:

A self-described 'crackpot historian,' for two decades Adam Gorightly's articles have appeared in nearly every 'zine, underground magazine, counter-cultural publication, and conspiratorial website imaginable. Bringing a mischievous sense of Prankster-Discordianism to the zany world of fringe culture, once Gorightly connects his dots, readers are plunged into alternative universes which forever alter their view of 'reality.'

His landmark work, The Shadow Over Santa Susana: Black Magic, Mind Control and the Manson Family Mythos is by far the best ever compiled on the Tate-Labianca murders. Far from being portrayed as prosecutor Vincent Bugliosi's caricatured bogeyman, Gorightly paints a broader picture of Manson in relation to Hollywood porn films, Anton LaVey's Satanism, Scientology and the Process Church, MK-ULTRA, designer drugs, and the true Beatles-Helter Skelter story.
An even wilder ride (if that's possible) can be found in The Prankster and the Conspiracy which examines the remarkable life of Kerry Thornley--a 1960s Zen radical chaos-creator who was quite realistically being groomed as a Lee Harvey Oswald 'patsy-double' before the Kennedy assassination. Everyone from Ken Kesey, Robert Anton Wilson, and Jim Garrison make appearances during this no-holds barred adventure.

Other intriguing releases include Death Cults; the hipster biography, James Shelby Downard's Mystical War; and The Beast of Adam Gorightly: Collected Rantings. In the latter, he describes the time when Doc Ellis of the Pittsburgh Pirates dropped LSD and pitched a no-hitter; and how J.D. Salinger's Catcher in the Rye has been used as a control mechanism to trigger mind-numbed Manchurian Candidates. Other subjects include Stanley Kubrick's Eyes Wide Shut, the Disneyland Dead, and Hitler Was a Good American.
--Victor Thorn


Posted by EmailRevealer.com at 6:52 AM No comments:

Based in Canada, David Livingstone is an independent historian who has written 3 books on the history of the occult and its influence throughout history. His first book, The Dying God: The Hidden History of Western Civilization, explores the foundations of the Western occult tradition from ancient times to the French Revolution. His second book, Terrorism and the Illuminati exposes the British plot to create Islamic fundamentalism, to foment a “Clash of Civilizations,” through the spread of Scottish Rite Freemasonry in the Middle East. His latest book, Black Terror White Soldiers: Islam, Fascism and the New Age, further explores these trends, and exposes their relation to the occult tradition of synarchism and its influence in bringing about the fascist trends of the 20th century, which are being employed in the creation of a New World Order.

Posted by EmailRevealer.com at 7:59 AM No comments: