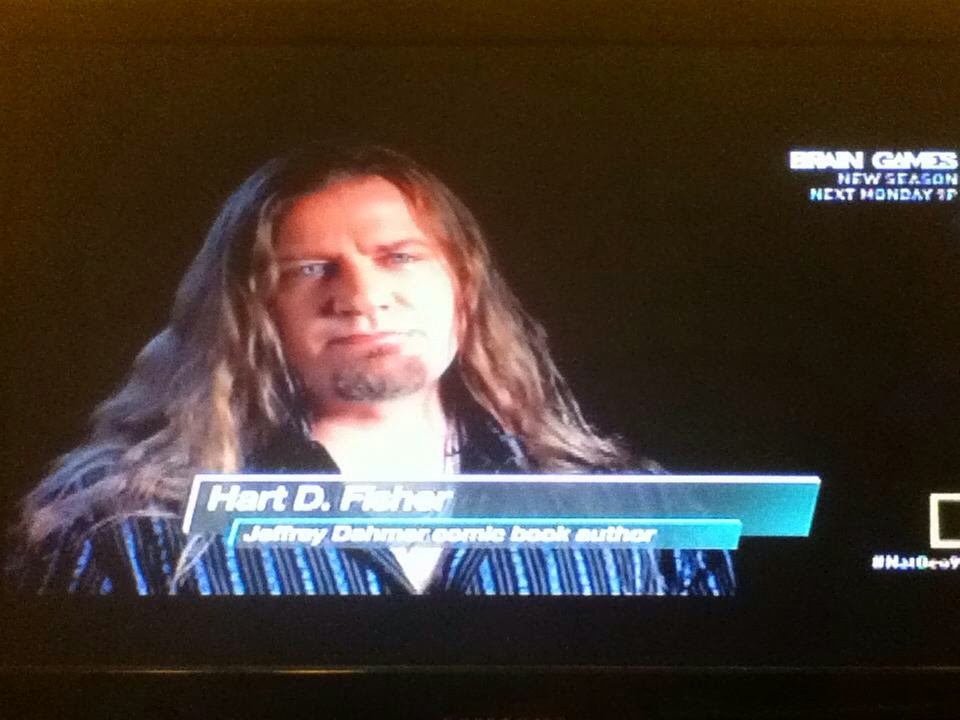 He is a successful horror author, a critically acclaimed poet (Poems for the Dead), a gifted filmmaker with a knack for doing the impossible (producing & editing the critically acclaimed Flowers on the Razorwire feature film with a blind director), a cutting edge music video director who has worked with international death metal legends Obituary, kings of black metal Dark Funeral and metal superstar Glenn Danzig. Most recently Mr. Fisher was a guest of the 2011 South by Southwest as a featured panel speaker for the Reel Murder: From Crime Scene to Big Screen panel with multi-platinum selling musician Phil Anselmo, Ami Canaan Mann, Steve Mims and best selling true crime author Corey Mitchell.


Not satisfied with that, Mr. Fisher has committed himself to conquering the horror industry with his new multi-platform horror entertainment company, American Horrors. In May 2011, Mr. Fisher entered into a worldwide licensing agreement with FilmOn to launch American Horrors as a new uncut 24 hour horror television channel as part of FilmOn’s basic tier of channels.
American Horrors joins industry brand names such as BBC News, Universal Sports and more as part of FilmOn’s basic line up of channels that are available to subscribers for a $7.95 monthly fee (purchase a full year at $79.95 and receive two months free). FilmOn allows viewers to stream live TV on their Mac or PC computers, iPads/tablets, smart phones & mobile devices (iPhone, Android, Blackberry etc., etc.) and has just recently launched the world’s first AP breaking 24 hour news channel
With a long and controversial career which began in comic books, where Fisher discovered such talents as Gerard Way  (lead singer for the chart-topping rock band My Chemical Romance); John Cassaday (Captain America) and political essayist Stephen Elliott (a regular contributor for the San Francisco Chronicle, award-winning novelist and child protection advocate) among others, Fisher has carved out a fierce reputation and was dubbed ‘The Most Dangerous Man in Comics.’ (Hero Illustrated, 1994.) First put on the map by writing and publishing the infamous Jeffrey Dahmer comic book series, Mr. Fisher went on to write and publish books that would garner the young creator the ire of Milwaukee Brewing with the Jeffrey Dahmer: Milwaukee’s Best t-shirts, the fear of Image Comics founders Todd McFarlane, Rob Liefield and Jim Lee with the release of Kill Image and even a lawsuit from OJ Simpson over the Doin’ Time With OJ and OJ’s Big Bust Out books.

Fisher began his art career as the publisher behind Boneyard Press, a ferociously independent publishing house that has garnered coverage all over the world, in Japan (Words), Germany (Ego Magazine), England (The Sun) and brought the mass media (as well as protest marchers) to his door thanks to books such as Jeffrey Dahmer: An Unauthorized Biography of a Serial Killer, Rush Limbaugh Must Die, Dark Angel, Kill Marvel and Jeffrey Dahmer vs. Jesus Christ. Fisher's two collections of poetry (Poems for the Dead & Still Dead) were both carried in the Hot Topic chain of boutiques.
Twice, Hero Illustrated placed Mr. Fisher in their 100 Most Important People In The Comics Industry list, and rock star Glenn Danzig hired Fisher to be the managing editor for his publishing company, Verotik, which Mr. Fisher promptly steered to the height of its popularity and controversy, when Mr. Fisher and co-author Christian Moore’s story for Verotika #4, "A Taste of Cherry" was banned in Oklahoma on the grounds that it was obscene material and is banned in that state to this day. Never one to shy away from outrageous showmanship, Fisher has faked his own death for April Fool’s Day (he was dead for a week before the hoax was uncovered by a pairing of The Comics Journal and The Comic’s Buyers Guide), spit in the eye of industry goliath Marvel Comics (at the San Diego ComiCon Fisher printed up hundreds of black t-shirts proclaiming that "Marvel Can Suck My Cock”-- The shirts sold out instantly and dogged the larger comics publisher at comics conventions for years after going onto be declared the most controversial t-shirt in comics history) and has proven he has a gift for stirring up controversy that sells his products by the truckload.
Mr. Fisher has been a paid feature speaker around the world (including a headlining role at the Festival of Fantasy & Terror in Mexico City, sharing a building with the President of Mexico at the time, Vincente Fox), and has spoken publicly about American poetry, team building, leadership development, and all things horror. Mr. Fisher is currently the subject of a new documentary, The Scariest Man in America, and his first feature film, The Garbage Man is available on DVD and Netflix.

You can see more of Mr. Fisher’s news clips, music videos and more on his Youtube channel that has received more than Half a Million Plays and counting at http://www.youtube.com/crimepayshart.


Posted by EmailRevealer.com at 8:17 AM